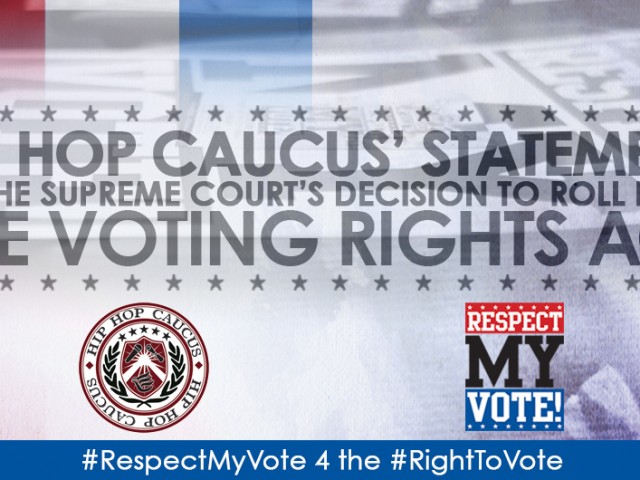 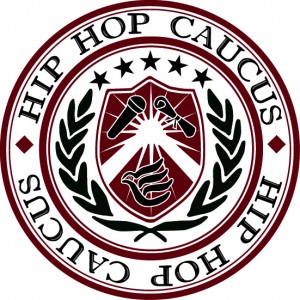 (Washington, DC – June 26, 2013) – Yesterday, the Supreme Court issued a long awaited ruling on Shelby County v. Holder, in which the constitutionality of the preclearence provisions of the Voting Rights Act was challenged. In response, Rev. Lennox Yearwood Jr., President and CEO of the Hip Hop Caucus said:

“The Supreme Court’s out-of-touch decision in Shelby County v. Holder ignores the fact that Congress has clear constitutional authority to protect voters’ rights from racial discrimination. The evidence is overwhelming that racial discrimination in the voting process continues today in states and jurisdictions around the country. Chief Justice John Roberts and Justices Scalia, Kennedy, Thomas, and Alito, have leveled a major setback to our most fundamental right, the right to vote.

The Voting Rights Act is what people fought and died for half a century ago, and it is unfathomable that in 2013, just seven years after Congress re-authorized VRA, five Supreme Court justices would undo this landmark law that has served as an essential protector of our democracy, and continues to be necessary today.

The Hip Hop Caucus, through its ‘Respect My Vote!’ campaign which has registered tens of thousands of young voters of color over the past three election cycles, will be working with partners across the country to see that Congress enacts a new statute which reactivates the essential preclearence provisions of the VRA that the Supreme Court effectively gutted.

We are holding a national organizing call – an emergency virtual town hall meeting via phone – on July 10 at 8:30pm ET, where Hip Hop Caucus members and allies will discuss and put into action a mobilization plan. Those who want to stand up for voting rights with us, can sign up for the call at www.respectmyvote.com.”

For further background on the ruling and the VRA visit: www.respectmyvote.com/VRA 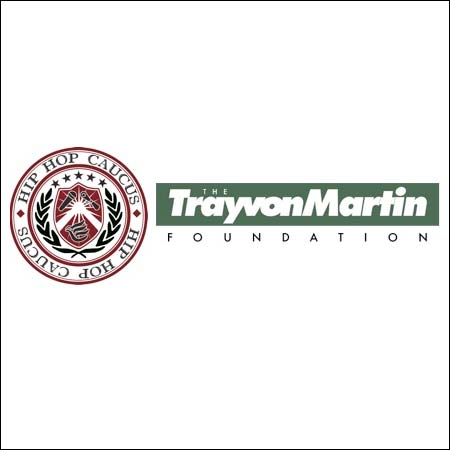 A recap of this event is now available here, including full audio and audio clips.

Hip Hop Caucus, Trayvon Martin Foundation, Florida Dream Defenders, to provide updates, calls to action, and a long-term community agenda to prevent any other child’s story to turn out like that of Trayvon Martin, Oscar Grant, and so many others who have lost their lives to racial profiling, gun violence, and injustice

WHAT:            The Hip Hop Caucus has defined a long-term organizing plan in response to the outcome of George Zimmerman’s trial for killing Trayvon Martin on February 26, 2012. During this Town Hall, the agenda and organizing plan, (posted at www.respectmyvote.com/travyon), in response to Trayvon Martin’s story, will be discussed and next steps for participants will be provided. Sybrina Fulton will discuss the Trayvon Martin Foundation’s next steps, and a representative from the Dream Defenders, who are currently conducting a sit-in of Florida Gov. Rick Scott’s office, will also provide updates.

WHERE:        This Virtual Town Hall will take place over the phone. To receive call-in instructions, register for the Town Hall at www.respectmyvote.com/trayvon. Media register as press on the registration form.

About the Trayvon Martin Foundation (www.trayvonmartinfoundation.org): The Trayvon Martin Foundation was established by Sybrina Fulton and Tracy Martin in March 2012. The scope of the Foundation’s mission is to advocate that crime victims and their families not be ignored in the discussions about violent crime, to increase public awareness of all forms of racial, ethnic and gender profiling, educate youth on conflict resolution techniques, and to reduce the incidences where confrontations between strangers turn deadly. 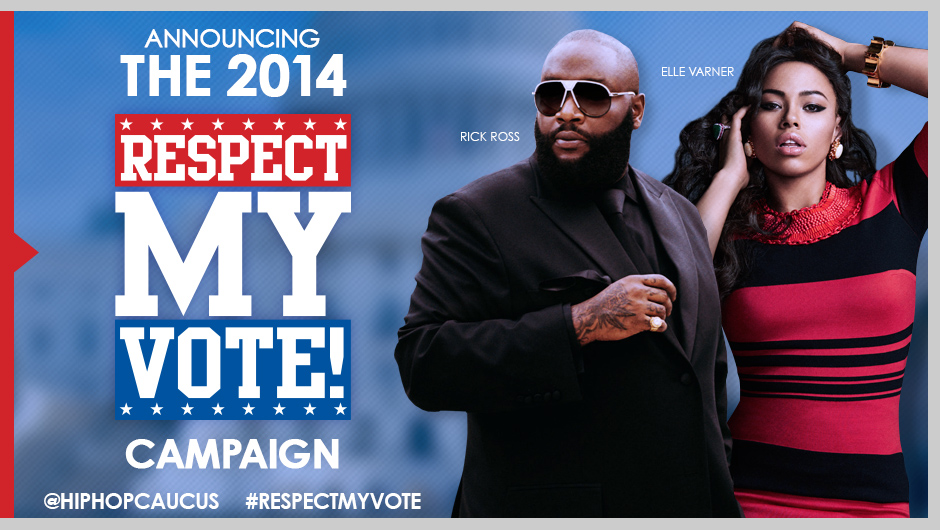 June 25, 2014 (Washington, DC) – The national, non-partisan, Hip Hop Caucus announced the launch of their 2014 get out the vote campaign, “Respect My Vote!” to increase young voter turnout in the mid-term elections. Recording artists Rick Ross and Elle Varner announced their involvement today in the five-month campaign to register and mobilize 18 – 40 year-old voters, with a primary focus on those living in urban communities and on Historically Black Colleges and University (HBCU) campuses.

“I’m definitely honored to be joining the Hip Hop Caucus’ Respect My Vote! Campaign for the 2014 mid-term elections,” said Rick Ross. “To vote is to be a boss. When we vote, we are deciding who works for us on all levels of the government. I most definitely look forward to working with the Hip Hop Caucus to encourage young people to boss up at the polls.”

The “Respect My Vote!” 2014 campaign will inform young voters about the elections in their states, and focus on four key issues for the Hip Hop community: Jobs, Racial Justice, Climate Change, and Education.

“Voting is exercising your voice and power,” said Elle Varner. “I am very passionate about everyone using their voices to affect change, and so I am very excited to be joining the Hip Hop Caucus’ Respect My Vote! campaign.”

The Hip Hop Caucus is announcing their 2014 campaign on the one-year anniversary of the Shelby v. Holder decision, in which the U.S. Supreme Court invalidated a key provision of the Voting Rights Act. The Shelby case gutted a critical piece of civil rights legislation that has helped protect this country from racial discrimination in voting since 1965. At the same time this week marks the beginning of the 50th anniversary of Freedom Summer, when young people organized in Mississippi to register as many African Americans to vote as possible over the summer of 1964.

“I could not be more excited to launch our ‘Respect My Vote!’ campaign for this election cycle during the 50th anniversary of Freedom Summer. It is historic,” said Rev. Lennox Yearwood Jr., President and CEO of the Hip Hop Caucus. “Today, however, is also the one-year anniversary of the Supreme Court decision to gut the Voting Rights Act, which is a clear reminder that there has never been a more significant time than right now for young people to stand up and get out and vote.”

During this midterm election year all 435 seats in the U.S. House of Representatives and 35 of the 100 seats in the U.S. Senate (including 3 mid-term vacancies) will be contested; along with 38 state and territorial Governors races, 46 state legislatures (except Louisiana, Mississippi, New Jersey and Virginia), four territorial legislatures and numerous state and local races.

“Respect My Vote!” will reach a national audience through earned media and an online organizing campaign (the website for the campaign is www.respectmyvote.com). Hip Hop Caucus will also run “Respect My Vote!” field operations in targeted communities in: Michigan, Pennsylvania, Florida, North Carolina, Ohio, Louisiana, Tennessee, Illinois, and California.

This will be the fourth consecutive election cycle for the award-winning “Respect My Vote!” campaign. Hip Hop Caucus has organized young voters in 2008, 2010, and 2012 under the “Respect My Vote!” banner, and has partnered with numerous celebrities in previous election cycles, including lead spokespeople T.I. and 2 Chainz in 2008 and 2012 respectively. In 2004, those working with Russell Simmons’ Hip Hop Summit Action Network, Jay Z’s “Voice Your Choice” and P. Diddy’s “Vote Or Die!” campaign came together and launched the Hip Hop Caucus to continuously advance the interests of the Hip Hop generation in the political process.