Why This Scream Queen Wants You To Get Out & Vote

Why This Scream Queen Wants You To Get Out & Vote 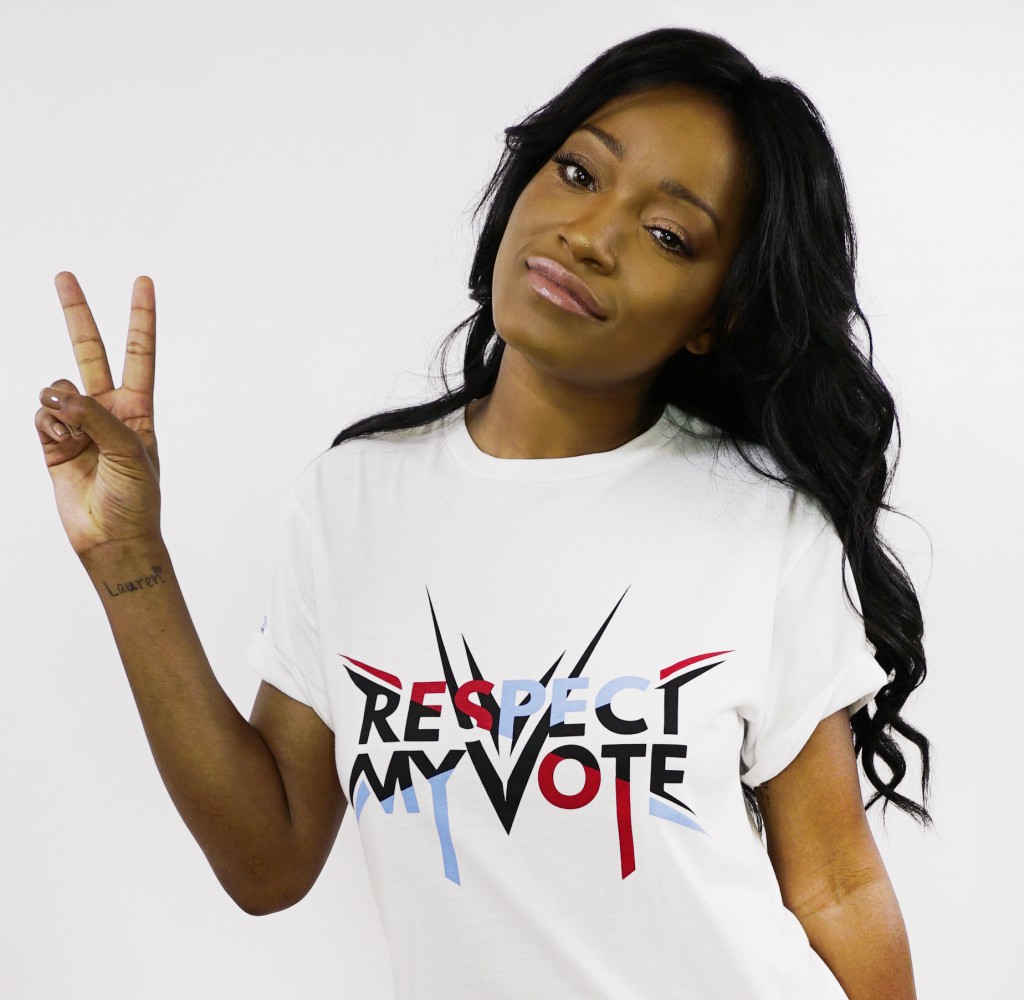 Keke Palmer was overjoyed at the chance to vote for the first time in 2012.

The Scream Queens star was psyched about the prospect of re-electing President Barack Obama, a leader she calls “a great man.” And she was “just so happy to see such a big change as a Black man being president.”

But Palmer, now 22, says she’s since realized that the excitement she felt in some ways overshadowed the bigger picture of voting in America.

According to U.S. Census Bureau information, 71% of citizens are registered to vote, but only 61% of citizens actually cast a ballot in the last presidential election. When it comes to midterm elections, the numbers are lower. Only 41.9% of American citizens turned out in 2014.

Changing that is something Palmer is passionate about. She’s the newest celebrity spokesperson for the Respect My Vote campaign, a non-partisan effort organized by Hip Hop Caucus to make voting more accessible and culturally established. The group primarily works with minority communities, people with criminal records, and students.

Palmer told Refinery29 that she became involved with the campaign because she wants more young people to be a part of the political process.

“My mom started telling me it was about Congress, and I said, ‘who votes for Congress?’ And she said, ‘we do.’

Keke Palmer, on realizing that voting is about more than who occupies the White House.”

“I care about my generation and anything that’s going to help us move forward positively,” she said. “It’s in our hands. When they said back in the day, ‘children are our future,’ we were the children they were speaking of. It’s our time now, and there’s really no doubt about it.”

Respect My Vote focuses largely on education and inequality. The campaign offers several pages of voter resources, including tools to help voters find their polling place, be prepared for local voting ID laws, and research their rights as students or former criminal offenders. There’s even a tab to help people start the voter registration process

The campaign is a good fit for Palmer, who says that education and inequality are two of the biggest issues for her in this election.

“Sometimes, knowledge in America is based off your source of income,” she said. “So if you have a low source of income, it’s almost like saying ‘You don’t deserve to have knowledge.’ But as long as there’s ignorance going on in the world, we’re all fucked.”

“When they said back in the day, ‘children are our future,’ we were the children they were speaking of. It’s our time now, and there’s really no doubt about it.”

Palmer credits her mom with sparking her interest in voting during a conversation about what it takes for ideas to become law.

“My mom started telling me it was about Congress, and I said, ‘Who votes for Congress?’ And she said, ‘We do.’ And I’m just like, ‘What? That’s crazy! Wow.’”

That’s when she realized that voting didn’t mean just turning out for the top of the ticket.

“Voting so often goes under the radar, as far as everything outside of the presidential election,” she said. “I want not just to make myself aware, but to help provide, with my platform, the knowledge that we need to make better decisions for our world moving forward.”

Palmer wants others to know that their voice matters — and that they should go to the polls to make sure they’re heard.

“You remember when you’re a kid, [people] say, ‘your vote counts; every vote counts’?” she said. “Every city, every state that you’re in, you can decide what’s going on.”