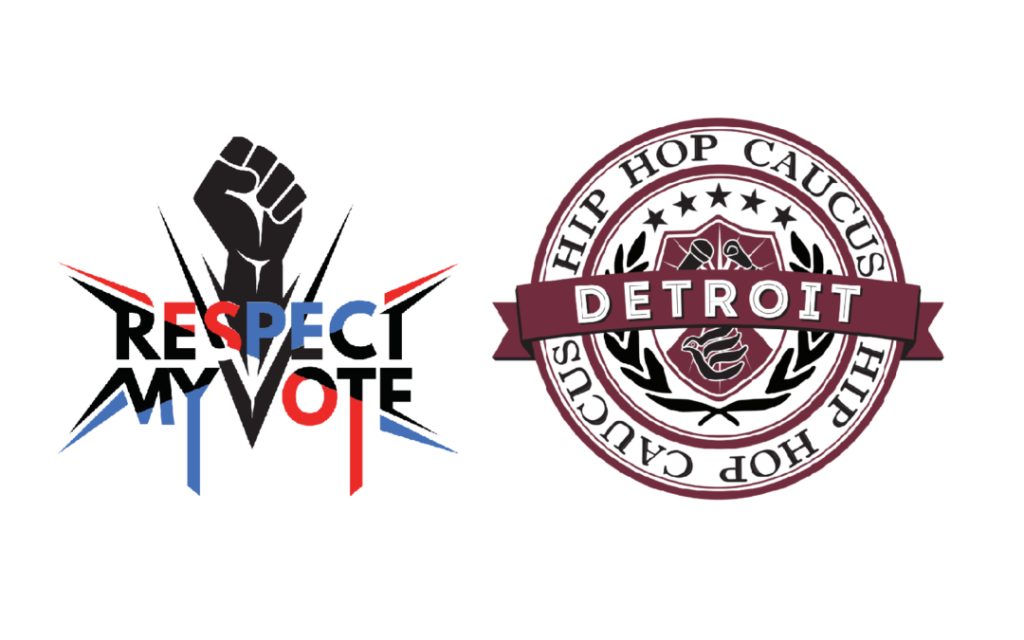 Detroit, MI (November 5, 2018) – Detroit’s Hip Hop community is coming together for an in-depth two hour drive-time radio special on the eve of the midterm Election, to encourage and help young people across the city to vote on Tuesday.

WHAT: A two-hour non-partisan radio show special the night before the midterm election, featuring guests, election protection information, and calls to action for Detroit communities to go to the polls, use their voices, and to protect their votes if they have any problems at the polls.

WHERE: On-air on Hot 107.5 in the Detroit metro area, Streamed live at: hothiphopdetroit.com

WHY: This nonpartisan election eve special is geared towards young people and communities of color in Detroit to get out the vote on Tuesday, November 6. The special is bringing together a diverse set of community leaders, demonstrating unity among the Hip Hop community of Detroit. By coming together for this show, the leaders involved in this effort, who are also involved in door-to-door canvassing in neighborhoods across the city, are calling for young people to use their voices and the power they have as voters as one of many ways they can empower themselves and their communities to make positive change.

About Hip Hop Caucus (hiphopcaucus.org) is a national nonprofit, nonpartisan organization established in 2004 that uses the power of Hip Hop culture to engage and empower young people and communities of color in the civic and political process. Follow @hiphopcaucus on Twitter, Instagram, and Facebook. Respect My Vote! (respectmyvote.com) is a nonpartisan voter engagement campaign of Hip Hop Caucus.

PrevPreviousAmber Rose Wants You To Respect Her Vote And SlutWalk
NextBillboard: Respect My Vote Hitting Historically Black Colleges to Get Out the Vote For MidtermsNext